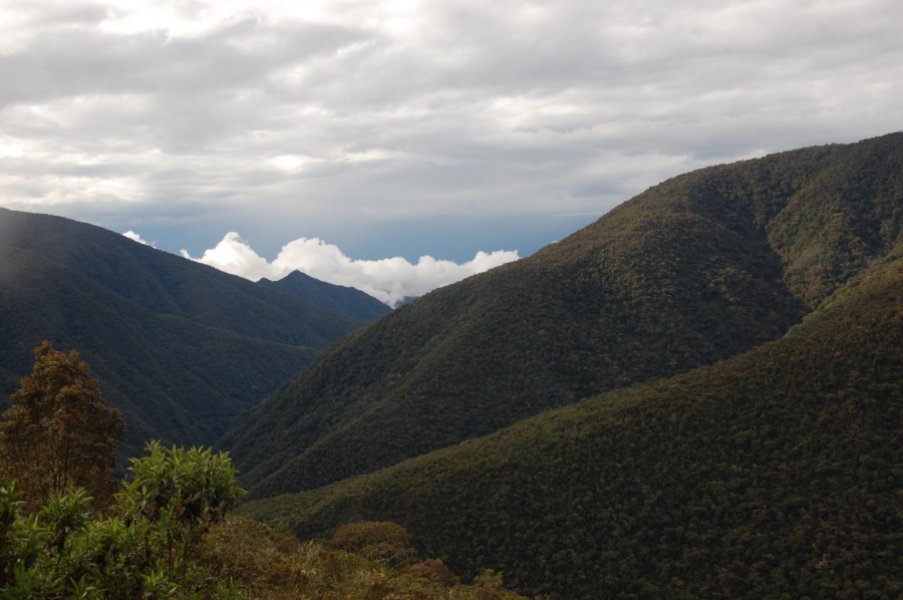 Plant scientists have observed that when levels of carbon dioxide in the atmosphere rise, most plants do something unusual: They thicken their leaves.

And since human activity is raising atmospheric carbon dioxide levels, thick-leafed plants appear to be in our future.

But the consequences of this physiological response go far beyond heftier leaves on many plants. Two University of Washington scientists have discovered that plants with thicker leaves may exacerbate the effects of climate change because they would be less efficient in sequestering atmospheric carbon, a fact that climate change models to date have not taken into account.

In a paper published Oct. 1 in the journal Global Biogeochemical Cycles, the researchers report that, when they incorporated this information into global climate models under the high atmospheric carbon dioxide levels expected later this century, the global “carbon sink” contributed by plants was less productive — leaving about 5.8 extra petagrams, or 6.39 million tons, of carbon in the atmosphere per year. Those levels are similar to the amount of carbon released into the atmosphere each year due to human-generated fossil fuel emissions — 8 petagrams, or 8.8 million tons.

“Plants are flexible and respond to different environmental conditions,” said senior author Abigail Swann, a UW assistant professor of atmospheric sciences and biology. “But until now, no one had tried to quantify how this type of response to climate change will alter the impact that plants have on our planet.”

In addition to a weakening plant carbon sink, the simulations run by Swann and Marlies Kovenock, a UW doctoral student in biology, indicated that global temperatures could rise an extra 0.3 to 1.4 degrees Celsius beyond what has already been projected to occur by scientists studying climate change.

“If this single trait — leaf thickness — in high carbon dioxide levels has such a significant impact on the course of future climate change, we believe that global climate models should take other aspects of plant physiology and plant behavior into account when trying to forecast what the climate will look like later this century,” said Kovenock, who is lead author on the paper.

Scientists don’t know why plants thicken their leaves when carbon dioxide levels rise in the atmosphere. But the response has been documented across many different types of plant species, such as woody trees; staple crops like wheat, rice and potatoes; and other plants that undergo C3 carbon fixation, the form of photosynthesis that accounts for about 95 percent of photosynthetic activity on Earth.

Leaves can thicken by as much as a third, which changes the ratio of surface area to mass in the leaf and alters plant activities like photosynthesis, gas exchange, evaporative cooling and sugar storage. Plants are crucial modulators of their environment — without them, Earth’s atmosphere wouldn’t contain the oxygen that we breathe — and Kovenock and Swann believed that this critical and predictable leaf-thickening response was an ideal starting point to try to understand how widespread changes to plant physiology will affect Earth’s climate.

“Plant biologists have gathered large amounts of data about the leaf-thickening response to high carbon dioxide levels, including atmospheric carbon dioxide levels that we will see later this century,” said Kovenock. “We decided to incorporate the known physiological effects of leaf thickening into climate models to find out what effect, if any, this would have on a global scale.”

A 2009 paper by researchers in Europe and Australia collected and catalogued data from years of experiments on how plant leaves change in response to different environmental conditions. Kovenock and Swann incorporated the collated data on carbon dioxide responses into Earth-system models that are widely used in modeling the effect of diverse factors on global climate patterns.

The concentration of carbon dioxide in the atmosphere today hovers around 410 parts per million. Within a century, it may rise as high as 900 ppm. The carbon dioxide level that Kovenock and Swann simulated with thickened leaves was just 710 ppm. They also discovered the effects were worse in specific global regions. Parts of Eurasia and the Amazon basin, for example, showed a higher minimum increase in temperature. In these regions, thicker leaves may hamper evaporative cooling by plants or cloud formation, said Kovenock.

Swann and Kovenock hope that this study shows that it is necessary to consider plant responses to climate change in projections of future climate. There are many other changes in plant physiology and behavior under climate change that researchers could model next.

“We now know that even seemingly small alterations in plants such as this can have a global impact on climate, but we need more data on plant responses to simulate how plants will change with high accuracy,” said Swann. “People are not the only organisms that can influence climate.”