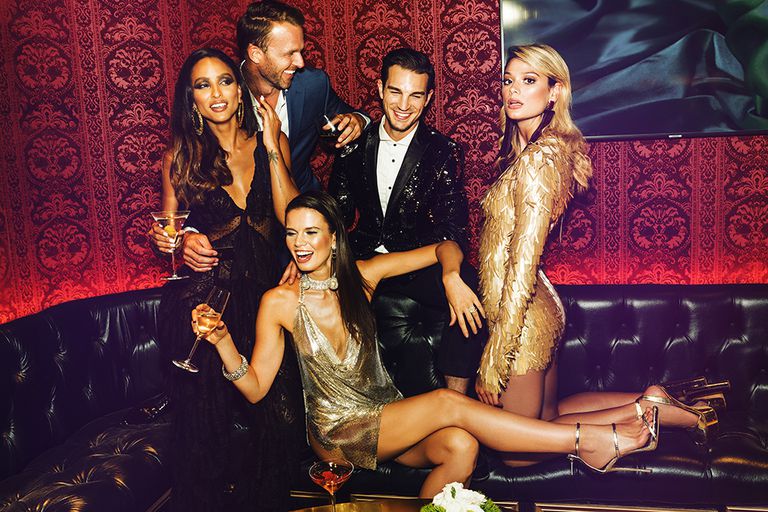 The Playboy Club Is Trying to Rebrand for the #MeToo Era

Robin Thicke is grinning and thrusting a pointed index finger out at his audience. “I know you want it,” he croons, microphone in hand. “You’re a good girl.” A sea of swaying men and women — mostly white, older millennials, plus a swath of celebrities including Martha Stewart, country singer Dierks Bentley, and YouTube star Gigi Gorgeous — hold their phones above the fray to capture the moment they’ve been waiting for: the hook of the singer’s 2013 No. 1 hit, “Blurred Lines.”

It’s been five years since Emily Ratajkowski danced topless in the “Blurred Lines” video, sparking a now-familiar discussion around the objectification of women and sexual consent. During that period, Thicke has been accused of domestic abuse, and Ratajkowski has become an outspoken feminist and supporter of the #MeToo movement. Now it’s September 2018, more than a year into an exhausting nationwide reckoning with sexual assault, and the brand-new Playboy Club New York is opening its doors in Midtown Manhattan for the very first time.

The day before the opening party, the Playboy Club is full of employees rushing to ready the space, hanging vintage magazine covers on patterned red walls, organizing the ample horseshoe bar, cleaning the fish tank, where inside, the fish — including a two-foot-long Zebra Striped eel and a Crosshatch triggerfish from Japan — dart around a giant fixture of the Playboy logo.

The club’s creative director, Richie Notar, a Studio 54 and Nobu alum who joined the project in July, sits across from me on a black tufted leather banquette in one of the club’s four lounges. He’s taken a break from testing Japanese Wagyu Miyazaki beef with Tabitha Yeh, the club’s executive chef, to speak with me.

“My interest was to resurrect [the Playboy name] back to sophistication,” Notar says. A native of Jamaica, Queens, he first attended New York’s original Playboy Club on 59th Street (which has been closed for 32 years) as a 19 year old with friends he’d met working at Studio 54. Today, his aim is not to recreate the original space. “It’s not Playboy of the past,” he says. “It’s here. The hook is the Playboy name. Everyone has some sort of thought on it. And it gets them here. And so, if I can get them here — whether it’s, ‘I want to come in here so I can scrutinize,’ or say, ‘Why do you have girls running around’ or, ‘Because I liked it’ — once they come here,” he says, “it’s a whole new playing ground.”

A collaboration between Playboy Enterprises and the New York-based firm Merchants Hospitality, the new Club will function as the brand’s U.S. flagship now that Los Angeles’ Playboy Mansion is under new ownership. In 2016, the billionaire Daren Metropoulos bought the property under the condition that Playboy founder Hugh Hefner would be allowed to live there for the rest of his life; Hefner died in 2017.

Notably, the new Playboy Club New York is also a members’ club. There are four tiers, with dues ranging from $5,000 to $100,000 annually. (Members also receive perks like complimentary stays at the Cachet Boutique Hotel next door, chauffeur service, and gambling tokens at the Playboy Club London, which opened in 2011 inside a casino.) The 14,000-square-foot space features a public restaurant serving Asian-influenced plates and classics like Oysters Rockefeller, accompanied by cocktails with names like The Blonde Ambition (Bombay London gin, Canton ginger liqueur, Champagne, lemon); the four members-only lounges; an underground speakeasy called The Rabbit Hole; and the Black Box, where Thicke performed, which also functions as an independent live music venue.