Latest Blogs
Home PEOPLE Australia’s Richest 2019: In A Down Year, Two Miners Break Back Into The Top 50 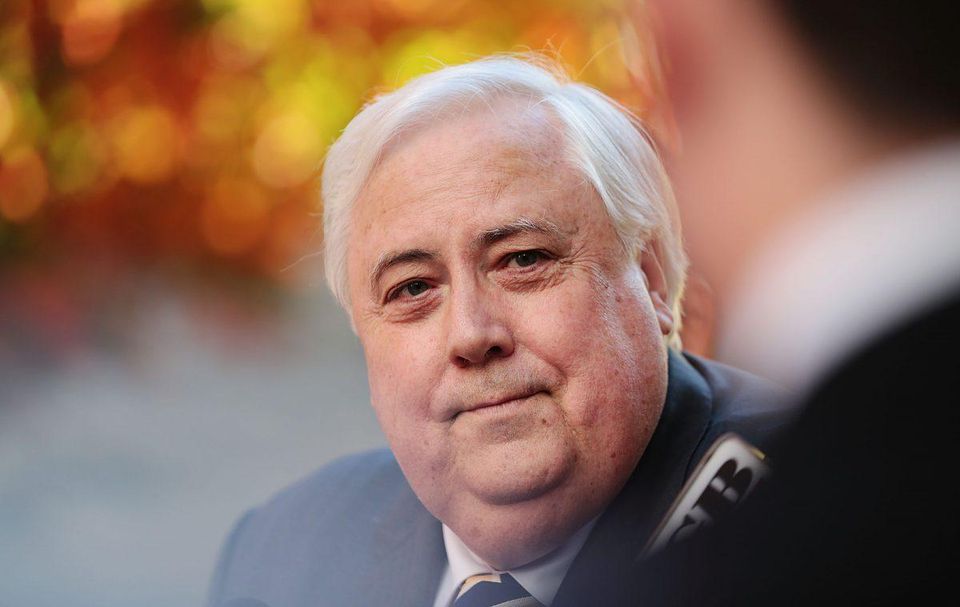 Australia’s Richest 2019: In A Down Year, Two Miners Break Back Into The Top 50

Flamboyant mining mogul Clive Palmer is back with a bang. He returns to the list of Australia’s 50 richest for the first time since 2014 with an estimated fortune of $1.8 billion, placing him at No. 20. It’s also his debut as a billionaire, thanks to court-ordered royalty payments from CITIC Pacific Mining’s huge Sino Iron project in Western Australia.

Coal baron Chris Wallin also returns to the list, at No. 41, bucking the trend that saw most mining fortunes fall. While Gina Rinehart retains her position as the country’s richest person, her estimated net worth fell by $1.8 billion, or 10.8%, to $14.8 billion on faltering iron-ore prices. Likewise, her four children, led by eldest daughter Bianca Rinehart, lost $1.9 billion, or 38% of their combined estimated wealth—the biggest drop in both dollar and percentage terms. That pushed them down to the 11th spot, from No. 5.

Overall, 22 fortunes fell, partly because of the Australian dollar’s 8.7% drop against the U.S. dollar since the last Australian rich list, in November 2017. Of the 23 fortunes that rose, the biggest gain—in dollar and percentage terms—went to Atlassian founders Mike Cannon-Brookes and Scott Farquhar, up $3 billion each, or 88.2%. Their $6.4 billion fortunes put them in a tie for fifth place, up five spots. Australia’s other tech billionaire, WiseTech Global founder Richard White, jumped 16 places to No.17, after his fortune swelled by $950 million, or 76%, to $2.2 billion.

The tech kings are 3 of 35 individual billionaires, one fewer than our last list. Just six women are billionaires, from a total of seven on the entire list, the same as in November 2017.

Only one new entrant joined the list this year: financial-services whiz Michael Heine, cofounder of investment platform Netwealth. Since its November 2017 IPO, Netwealth’s share price has more than doubled, placing Heine at No. 50 on the list, with an estimated fortune of $750 million. And Computershare founder Chris Morris returns to the list at No. 49, with $760 million, after missing the $700 million cutoff last time.

The list was compiled using information from the individuals, stock exchanges, analysts, private data bases, government agencies and other sources. Net worth numbers were based on stock prices and exchange rates as of the close of markets January 11. Private companies were valued by using financial ratios and other comparisons with similar companies that are publicly traded. The estimates include a spouse’s wealth, and where the person is the company founder, they also include the wealth of sons and daughters that’s derived from that company. In cases in which the fortunes of family members are based on the same company, we combine these members into one listing, as long as each of them has enough wealth to qualify for the list on his or her own.