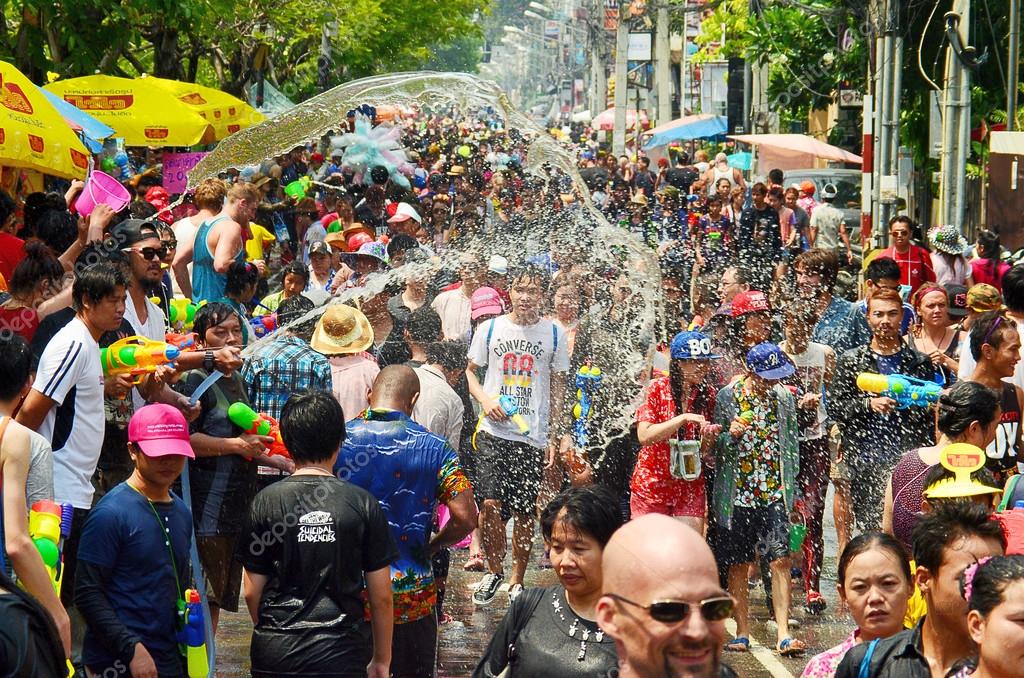 Songkran (Thai: เทศกาลสงกรานต์, pronounced [tʰêːt.sā.kāːn sǒŋ.krāːn]) is the Thai New Year’s national holiday. Songkran is 13 April every year, but the holiday period extends from 14–15 April. In 2018 the Thai cabinet extended the festival nationwide to five days, 12–16 April, to enable citizens to travel home for the holiday. In 2019, the holiday will be observed 12–16 April as 13 April falls on a Saturday.

The word “Songkran” comes from the Sanskrit word saṃkrānti (Devanāgarī: संक्रांति) literally “astrological passage”, meaning transformation or change. The term was borrowed from Makar Sankranti, the name of a Hindu harvest festival celebrated in India in January to mark the arrival of spring. It coincides with the rising of Aries on the astrological chart and with the New Year of many calendars of South and Southeast Asia, in keeping with the Buddhist/Hindu solar calendar.

In Thailand, New Year is now officially celebrated on January 1, Songkran was the official New Year until 1888, when it was switched to a fixed date of April 1. Then in 1940, this date was shifted to 1 January. The traditional Thai New Year Songkran was transformed into a national holiday.