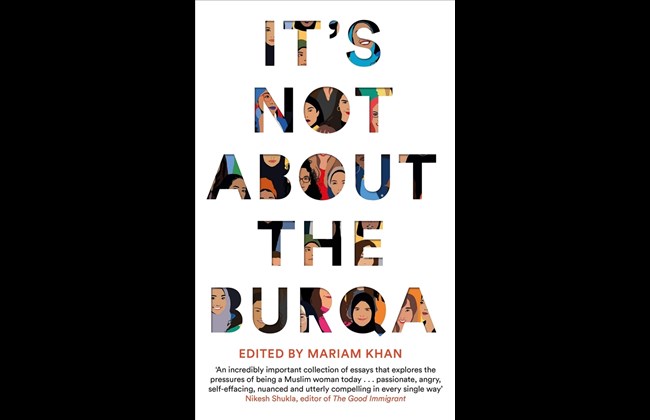 “Burqa is the most politicized word around Muslim women,” Khan told the Thomson Reuters Foundation by phone from England. “Burqa and hijab are the first things many people think of in the West when they think of Muslim women. That is not a problem, but there is so much more to a Muslim woman than the clothes she wears … I want to diversify their stories.”

The burqa is a head-to-toe cloak that conceals the face with a mesh or is worn in conjunction with the niqab, a face veil that leaves only the eyes exposed.

“Muslim female narratives are often co-opted by everyone who isn’t a Muslim,” Khan said. “Rarely will you hear authentically, or in an unfiltered way from Muslim women, and it is really unfair.”

The wearing of full-face coverings, such as niqabs and burqas, is a polarizing issue across Europe, with some arguing that they symbolize discrimination against women and should be outlawed.

The clothing has been banned in France and Denmark.

Khan, 26, who wears hijab, also has an essay in the book. In it, she wrote about how mainstream “white feminism” did not fit with the choices she made within her faith.

“For some feminists in the West they see [the hijab] as oppressive,” she said, “but, for people like me who wear it, I am not oppressed. I am empowered by it because I chose to wear it.”

Other authors in the book include outspoken Egyptian-American activist Mona Eltahawy, writing about misogyny within the Muslim community, as well as her continued fight for women’s rights.

Another contributor, former BBC journalist Saima Mir, wrote about being twice divorced, and the negative attitude toward divorce in Pakistani Muslim culture.

Her essay questions why the culture judges divorce so harshly.

Khan hopes that after reading the book people will see that Muslim women are not under a “monolithic, single story narrative,” and their voices and stories concerning their faith should be heard.