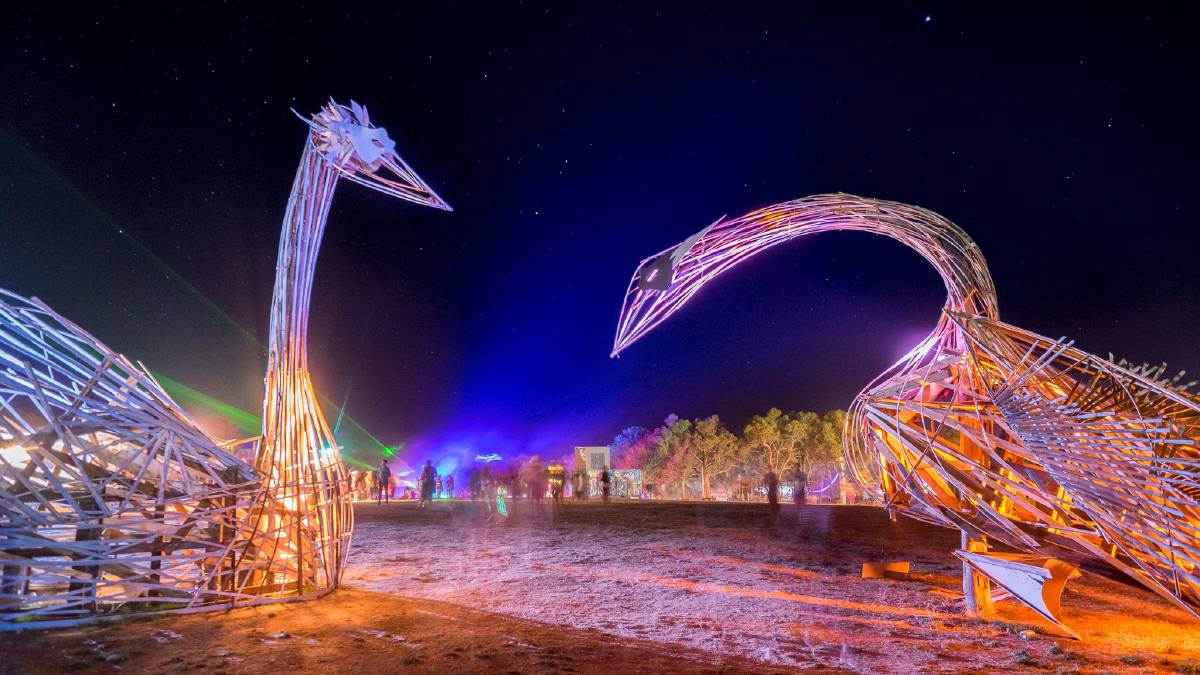 A man has died at the controversial Rainbow Serpent Music and Arts Festival in Lexton overnight.

The man, whose age and identity have not been released, died at 10.15pm at the festival grounds on Saturday after being tended to by paramedics and police for over an hour.

An ambulance was called at 9pm after the man went into cardiac arrest.

The death is not being treated as suspicious and police will prepare a report for the coroner. The cause is under investigation.

This is the second death at the festival in five years and comes as police have continued to voice concerns about the presence of drugs and drug use at the festival.

In a statement on Sunday morning Rainbow Serpent organiser Tim Harvey said “Rainbow Serpent considers the safety of patrons a priority and we will continue to cooperate with authorities to determine exactly what happened in this situation”.

Ambulance Victoria spokesman John Mullen said a site-based team of a paramedics had treated a significant number of people for injuries and medical conditions throughout the festival.

He said a number of people had been transferred to Ballarat Base Hospital with fractures, breaks and hypothermia.

Police issued a damning review of the festival in 2016 after 40 drivers were caught under the influence of drugs when leaving the festival and a further four individuals were arrested for drug trafficking.

“The presence of drugs at music festivals and similar events and the potential for overdoses is always of concern both to police and the community in general.

“It should be remembered that there was a fatal drug overdose at the Rainbow Serpent Festival in 2012 and there have been a number of Ambulance Victoria recorded overdoses since.”

He said police had responded to the poor behaviour in 2016 by increasing police presence, and would this year take a zero tolerance approach.

“We expect 17,500 people at a property in Lexton,” Inspector Thomas said.

“We want people to get to and get home from the festival safely.

“We detected a number of drug drivers last year. We remind people not to take drugs at the festival and are reminding people to have a designated driver.”