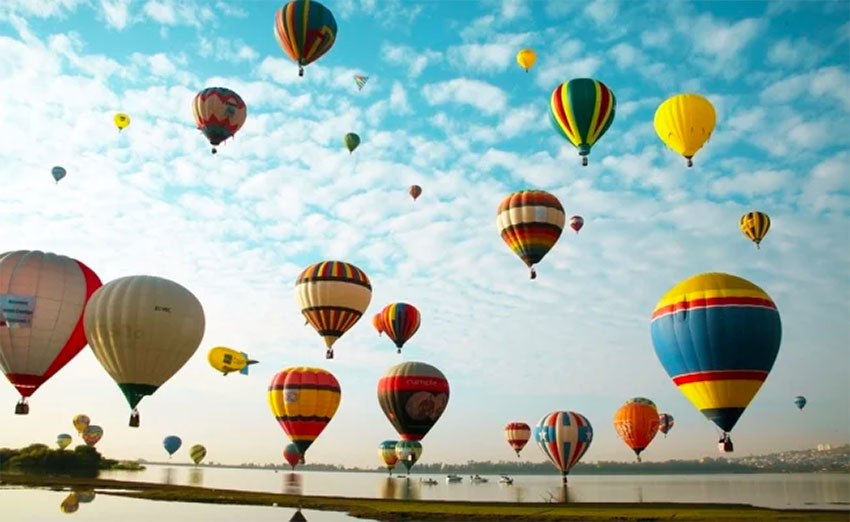 There are only three months left in 2019, but the calendar still has plenty of festivals and fairs to enjoy. From film and dance presentations to book releases and DJ sets, entertainment and cultural enrichment opportunities abound.

Here are five big ones coming up in what remains of the year.

Now in its 20th year, this artisans’ festival is held in the Pueblo Mágico, or Magical Town, of Tlalpujahua, Michoacán. Highlighting the work of over 300 glass blowers, the event is sure to dazzle spectators and shoppers as they begin to feel the holiday spirit. All pieces are handmade and hand-painted, making for lots of unique ways to decorate the Christmas tree. There are also workshops for visitors to learn the process themselves.

The fair opened on Sunday and runs through December 15. Admission is free.

One of the biggest festivals of northwestern Mexico, the 15th anniversary of Entijuanarte invites visitors to immerse themselves in contemporary Mexican culture in Tijuana’s Centro Cultural. This year’s festival brings together over 100 wide-ranging projects, including theater, dance, film, concerts and visual arts expositions, all tinged with the essence of Tijuana’s vibrant energy.

Aguascalientes is this year’s guest of honor, and other invited states include Coahuila, Guanajuato, Jalisco, Morelos, Zacatecas, Oaxaca, México state and Mexico City. Admission is free.

Now in its 47th year, Guanajuato’s El Cervantino, as it’s popularly called, is one of Latin America’s most important cultural events. Celebrating the life and work of Spanish writer Miguel de Cervantes, it hosts plays, dances, concerts, film screenings, workshops, readings, book releases and much, much more. The festival has become so important to the commemoration of the Don Quixote author’s work that in 2005 UNESCO dubbed Guanajuato the “Capital Cervantino” of the Americas.

This year’s event takes place on October 9-27, and hosts Guerrero and Canada as honored state and country. Tickets to the events can be bought through Ticketmaster.

The 17th iteration of this small but respected film festival in Morelia, Michoacán, is dedicated to the people who came to Mexico after fleeing Spain during its Civil War in the 1930s. One such exile was Spanish film director Luis Buñuel, who himself wrote much of his work in Michoacán and ended up becoming a nationalized Mexican citizen. A total of 94 films from states across Mexico will be featured. Check the Cinépolis website for tickets.

The fun begins at 6:30pm on November 15 when over 200 hot air balloons from 16 countries take off from León, Guanajuato. There will be workshops, camping, concerts, a magical night glow and, of course, hot air balloon rides. The featured concerts include musicians like María José, Yahir and world-renowned DJ Martin Garrix.

It all takes place in León’s Metropolitan Ecological Park, ending on November 18. The entrance fee is 143 pesos (US $7).