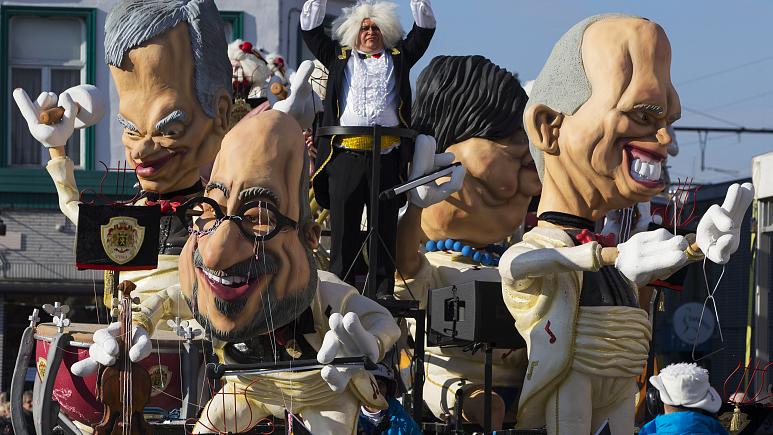 World heritage guardians UNESCO has withdrawn a Belgian festival from one of its protection lists over the presence of “racist and anti-Semitic” floats.

The annual Aalst carnival was removed from the UN body’s schedule of intangible cultural heritage, which seeks to protect non-physical patrimony such as oral traditions, performing arts, social practices, rituals and festivals.

The presence in the parade — which happens annually in Flanders — of a caricatured floats of Orthodox Jews with hooked noses, seated on bags of gold, had outraged the representatives of the Jewish community of Belgium.

Aalst’s mayor said the city was the capital of mockery and satire and they were neither racist nor anti-Semitic.

“The Committee considered that the Aalst carnival had on several occasions displayed messages, images and representations that could be considered as encouraging stereotypes, mocking certain groups and insulting the memories of painful historical experiences including genocide, slavery and racial segregation,” said UNESCO, explaining its decision.

“These acts, whether or not intentional, contradicted the requirements of mutual respect among communities, groups and individuals, as defined under Article 2 of the Convention.”

“Unesco had to be vigilant and firm about the excesses of a festival classified as World Heritage and which flouts the elementary values,” said the director-general of UNESCO, Audrey Azoulay.

“It is also not the first time that these racist and anti-Semitic floats have paraded in this festival,” she added.

But the mayor of Aalst hit back.

“The citizens of Aalst have suffered grotesque accusations,” he said in a press release sent to TV Oost Nieuws, according to Belga news agency.

“We are neither anti-Semitic nor racist. All those who support this are acting in bad faith. Aalst will always remain the capital of mockery and satire.”