Latest Blogs
Home CELEBRITIES Working From Home, Celebrities Grapple With Revealing Too Much 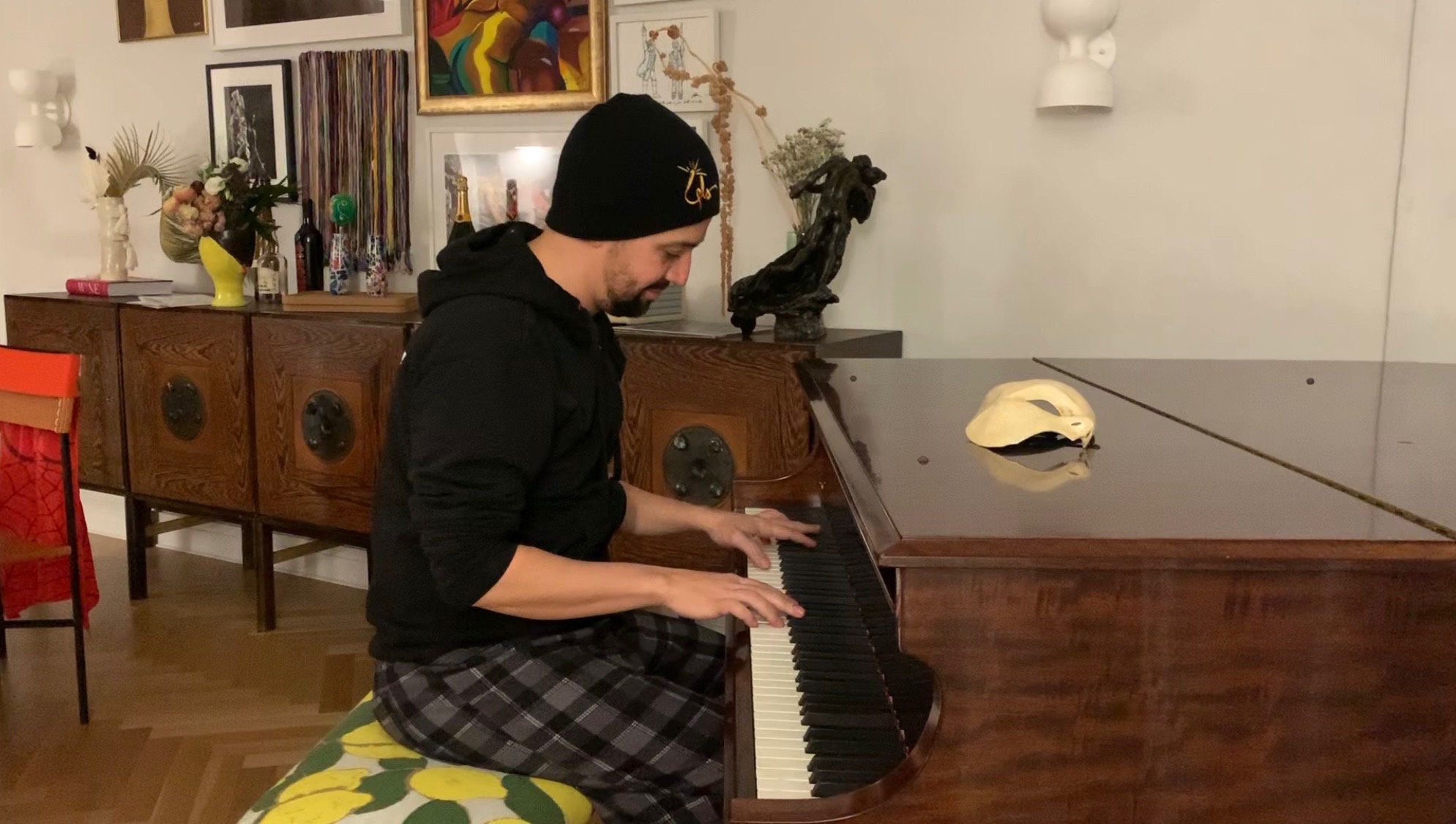 Working From Home, Celebrities Grapple With Revealing Too Much

Lin-Manuel Miranda seems to be everywhere these days: riffing on the term “OK, Boomer” for Conan O’Brien on “Conan”; belting out “Hamilton” ballads for Jimmy Fallon on “The Tonight Show”; even singing “Old McDonald Had a Farm” for “Elmo and Friends” on a special Covid-19-focused “Sesame Street.”

Like everyone else these days, he has made these appearances via video chat, either from his home office, with its bright baby-blue walls and framed “Garfield” art, or his wife’s, with its sparse bulletin boards and clean eggshell walls. Both locations offer fans a peek inside the “Hamilton” composer’s Washington Heights home, a reality that Mr. Miranda is keenly aware of.

“We’ve been careful about not sharing our kid’s faces online, and people have been amazing about respecting that,” Mr. Miranda, 40, said. “So we don’t film anywhere where their pictures are up. Keeping the kids from bursting in the room is the hardest part of the gig.”

Entertainers of all stripes are accustomed to being in the public eye, but giving the masses impromptu views of their living rooms and kitchens is something new. For many, Covid-19 has forced a conversation about privacy and image control as they weigh how much of their inner sanctums they’re willing to share.

Beyond keeping his children and their images out of the shot, Mr. Miranda said that allowing fans into his home hasn’t caused him to lose any sleep. If anything, it has provided an opportunity for him and his wife, Vanessa Nadal, a lawyer, who are homebound with a 5-year-old and a 2-year-old, to commiserate with fellow parents.

“I don’t feel like it’s any big secret,” Mr. Miranda said of his home’s décor, noting that he’s hosted live viewing parties from his home before. “Mostly we get notes from moms like, ‘Pretty brave to have a white couch with such little kids.’”

For the actress Marilu Henner, who has clocked a number of Zoom appearances in recent weeks, including a reunion with her “Taxi” co-stars for the live-streamed concert series “Stars in the House,” the new style of working has its advantages.

“When you’re doing, say, ‘The Today Show,’ you have four minutes to get your point across,” Ms. Henner, 68, said. Now, “with these appearances, it’s a free-for-all. I can breathe.”

Ms. Henner has been setting up shop in a dining alcove at her Hollywood Hills home, under a David Warren Gibson painting of the Italian countryside. The location has less to do with privacy than with practicality. “My house is like the Bermuda Triangle of Wi-Fi, so you have to find the places that have the best connection,” she said. “But this spot also happens to have a curved window, so I know I’m going to be lit from all sides.”

Some things are of course off-limits — “You want to angle it so you’re not showing toilets,” she said — but for an actress who has spent more than 40 years in the spotlight, the new reality of video calls has readjusted the usual filter.

“This is the real me,” she said. “Nobody is putting on a full makeup face, nobody is making sure that they have a stylist. Everybody is doing their own hair. What you see is what you get.”

The concept of peeking inside a famous person’s life is almost as old as the concept of celebrity itself. In 1873, the actress Sarah Bernhardt allowed herself to be photographed sleeping in a coffin in her Paris bedroom; a few years later, the journalist Edmund Yates published “Celebrities at Home,” a series of profiles drawn from living room and bedroom interviews. In the all-access digital age, celebrities have capitalized on inviting the public into their homes on shows like “MTV Cribs” and “Keeping Up With the Kardashians,” typically with a staged-managed gloss that keeps the audience at a distance while still scratching that voyeuristic itch.

The effect of these new homemade appearances, said Sharon Marcus, a professor of comparative literature at Columbia University and author of “The Drama of Celebrity,” is that reality suddenly looks realer now the camera crews, makeup teams and lighting artists that normally create that veneer of glamour are stuck in their own homes somewhere else. In a twist on the tabloid “They’re Just Like Us!” adage, we’re now seeing celebrities doing much of what we’re doing: working from home, with only the resources that were in place before the lockdown to help them.

“We really are all at home and in the same boat, and that equalizing is very disruptive to the idea of celebrity, because they’re supposed to be like us, but different,” Dr. Marcus said. “And they’re less different now.”

Freelancers have the chance to write Ebooks to read, which will be sold in the TOP platform ebooks library.