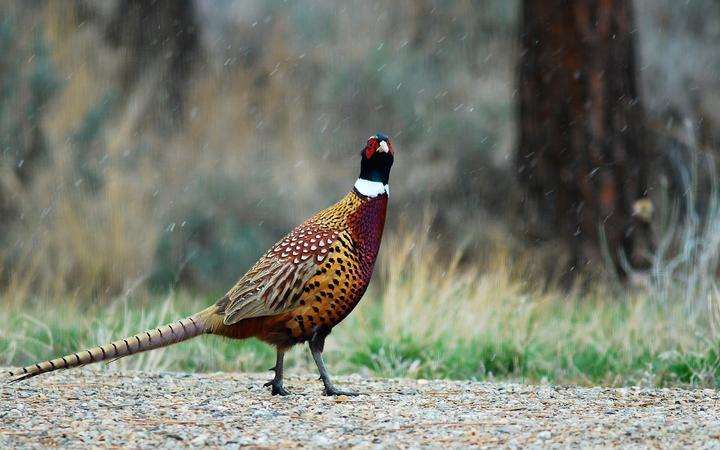 Feathers are being ruffled over a decision to potentially allow landowners to charge hunters to shoot pheasants on private property.

There are also fears the controversial vote by the New Zealand Fish and Game Council to allow commercial pheasant preserves to continue operating, could pave the way for a hunting industry that only the elite will be able to afford.

It is currently illegal to charge people hunting game birds on privately-owned land, unless special dispensation is given.

There are 21 pheasant preserves with this dispensation, but a legal opinion by Sir Geoffery Palmer obtained by the Department for Conservation last year found they were operating unlawfully, and they should never have been established.

They were given three years to continue operating while Fish and Game and the Department of Conservation decided what to do, with both organisations finally recommending they be phased out.

But at its last meeting on 21 August, the National Fish and Game Council dismissed that advice and voted to allow commercial pheasant preserves to remain.

It wants the law changed so pheasants are no longer classified as game birds – making them exempt from the current rules.

“It goes against the whole ethos of Fish and Game, which is to make hunting and fishing accessible to all.”

He was concerned the move, if adopted by the government, could “open the floodgates” for all landowners to start charging for access.

“It’s been suggested that the hydro canals which are largely controlled by Meridian Energy and are the number one fishing venue in New Zealand at the moment… there would be nothing to stop them charging anybody to fish those canals.”

The issue of commercialising hunting resources has divided the hunting community.

Blair Slavin, who has been hunting pheasants for 15 years on public land in Central Hawke’s Bay, said he wouldn’t be able to afford to hunt if the sport was commercialised, and he worried it would turn it into something only the elite could do.

If they were charging $100 a bird and you just wanted to go shoot two birds, I still wouldn’t do it because why would I pay for something I can do for free now, apart from paying a licence fee.

He said the issue also raised ethical concerns about how pheasants on commercial preserves, which are bred in captivity and fed, could be left to starve once the shooting season was over.

But Whakatane hunter and wild food blogger Mawera Karetai said she could see the benefits of commercial preserves, even if she herself could not afford to use them.

“If there were a few more pheasant preserves around it would be much more affordable,” she said.

“[Pheasant] is a wonderful source of protein, really good source of material for crafters, and are an important part of the shooting community.”

It disagreed with Sir Geoffry’s legal opinion that they were unlawful, as commercial hunting preserves were already widespread, said spokesperson and NBR rich lister Wendell Phillips.

“There are deer preserves where overseas people come in a shoot deer in New Zealand, so I don’t see this is any different.”

Commercial pheasant preserves had been allowed to operate for 25 years without issue, and they just wanted to keep the status quo, he said.

“It’s certainly not going to open the floodgates to a huge commercialisation… that would have happened over the last 25 years… but it hasn’t.”

Meanwhile, the National Fish and Game Council’s vote allowing the move was also under scrutiny.

According to documents leaked to RNZ, the council was split 5-5 in its decision and only passed after the chairman Paul Shortis used his casting vote to get it over the line.

Questions have been raised why Shortis also allowed councillor Greg Duley to partake in the decision despite him declaring a conflict of interest in pheasant preserves.

The decision on whether to commercialise, however, lay with the Conservation Department and minister.

Meanwhile, 210 submissions had been received on an independent review of Fish and Game’s governance, which was ordered earlier this year, with a final report due at the end of the year.

According to studies, more and more companies are using influencer marketing to bring about a more powerful reach to their target customers. It is an alternative to traditional advertising and is quite efficient and affordable. WHY IS INFLUENCER MARKETING IMPORTANT?